Nigeria Needs to Reposition Its Manufacturing Sector for Growth In 2021

Home/Business, economy, manufacturing, nigeria/Nigeria Needs to Reposition Its Manufacturing Sector for Growth In 2021
Previous Next

Nigeria Needs to Reposition Its Manufacturing Sector for Growth In 2021

Rethinking Nigeria’s industrialization strategy is one key step to repositioning the manufacturing sector for growth and stability in  2021. The Director-General of the Lagos Chamber of Commerce and Industry (LCCI), Dr. Muda Yusuf, made this point while assessing developments in the nation’s manufacturing sector. 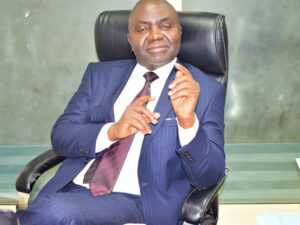 According to Yusuf, emphasis should be placed on resource-based industrialization in the country, which can make Nigeria a competitive economy.

He said local value addition was key in driving industrialization, which can improve Nigeria’s global competitiveness.

The economist described Nigeria’s manufacturing sector as a highly import-dependent sector that makes it vulnerable to commodity price shocks.

The LCCI boss decried the fact that the sector in almost a decade contributed less than 10% to the Gross Domestic Product (GDP) of the Nigerian economy.

Yusuf noted that it was time to ease the FX environment, liberalize FX inflows, reduce illiquidity in the FX market and tackle economic rent-seekers’.

He reiterated the need for the government to address critical issues like energy(power), logistics/ transportation (roads, bridges, rail), and the ease of doing business.

He also tasked the government with driving policies to support the activities of indigenous manufacturers in Nigeria, considering foreign dominance in the sector.

On the emergence of Dr (Mrs) Ngozi Okonjo-Iweala as the Director-General of the World Trade Organization (WTO), he was of the view that under her leadership, developing countries can receive technical support to strengthen their weak trade institutions.

The Director-General of the Lagos Chamber of Commerce and Industry (LCCI), Dr. Muda Yusuf will be delivering a paper on titled ” Lessons Learned on the Journey to Manufacturing Excellence” at the Equipment & Manufacturing West Africa 2021.